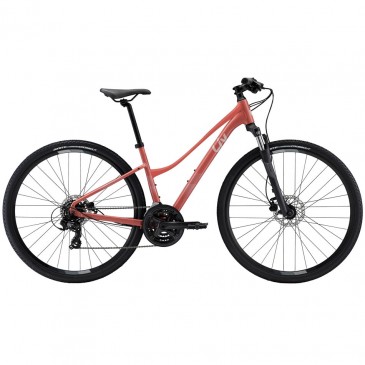 LIV
2202115
€649.00
The 2022 LIV Rove 4 City Bike is equipped with flat bars, front suspension and a low stand-out height that provide generous stability and great comfort on the bike. 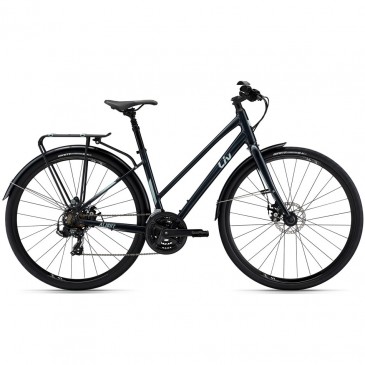 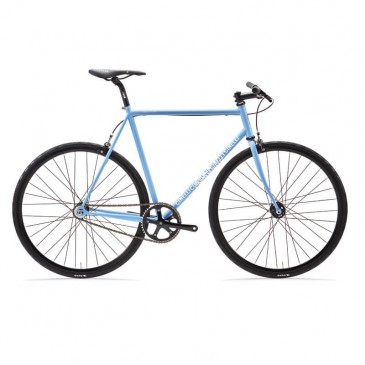 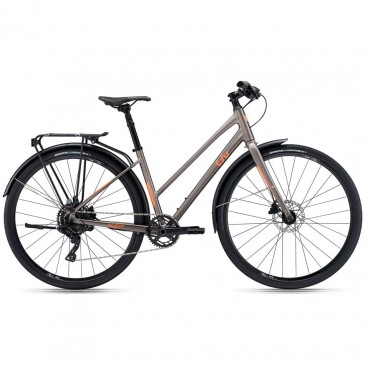 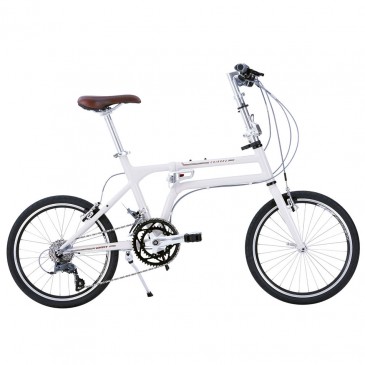 Giant
2220227
€999.00
The 2022 GIANT Chiron 2 is a stylish folding bike that features comfortable geometry, making it easy to maneuver and fast around town. It has 20'' wheels and a wide range of developments that allows it to easily overcome any type of slope. Store it or take it wherever you want thanks to its small size when folded and unfold it to enjoy your daily... 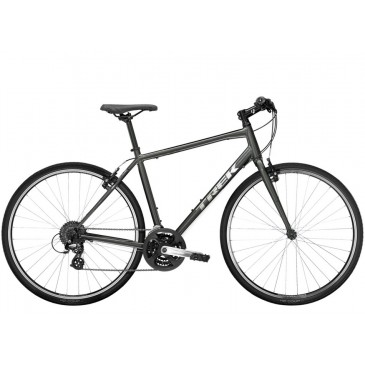 Trek
T32769
€512.10 €569.00
The Trek FX 1 2022 is a hybrid bike with a lightweight aluminum frame and quality components that allow you to perform at your best in any situation. It's ideal for anyone looking to get out there more, ride with the whole family, get a little exercise, or commute to work on a versatile bike covered by a lifetime warranty.
View 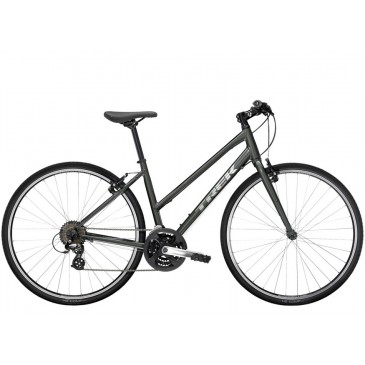 Trek
T32770
€512.10 €569.00
The Trek FX 1 Stagger 2022 bike comes equipped with a classic low bar frame for easy on and off of the bike. It's ideal for anyone looking to get out there more, ride with the whole family, get a little exercise, or commute to work on a versatile bike covered by a lifetime warranty.
View 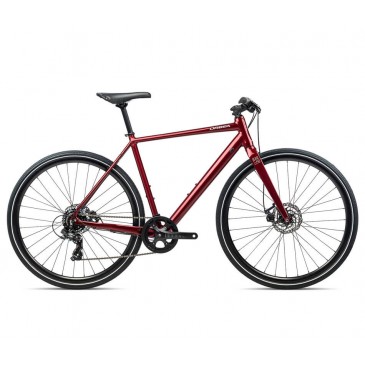 Orbea
M400
€566.09 €628.99
The Orbea Carpe 40 2022 has a lightweight aluminum frame with balanced sports geometry, positioning the cyclist in an upright posture with their eyes on the road at all times. It is a versatile and elegant model, with which you can walk the streets of your city safely, efficiently and with style. The flat handlebar is comfortable and manageable, the...
View 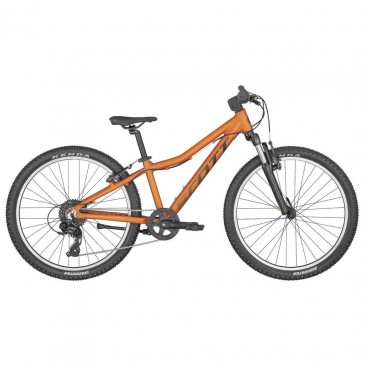 Giant
2100114
€619.00
The 2021 Giant Escape 2 City Disc bike is an urban model that features a high-comfort ALUXX aluminum frame to facilitate an upright position. It has a Shimano Altus double chainring transmission that allows a wide range of gears and disc brakes that provide safety on descents. It has very useful accessories for your daily commute, such as a rack,...
View 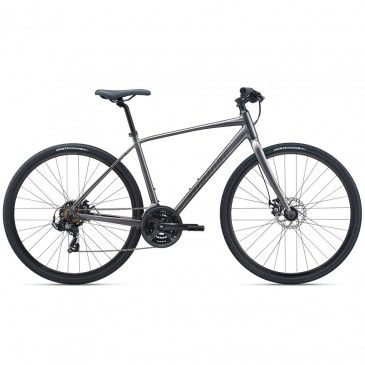 Giant
2200118
€649.00
GIANT Escape 3 Disc 2022 bike comes equipped with a lightweight Allux frame, puncture resistant tires and integrated rack mounts that allow you to customize it according to your needs in the city or on adventure.
View 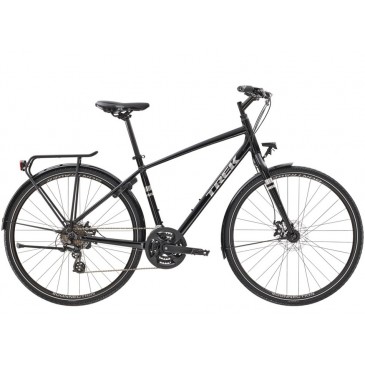 Trek
T33540
€651.60 €724.00
The Trek Verve 1 Equipped 2022 bike is a hybrid designed for comfort and confidence on recreational rides. It features a lightweight aluminum frame, powerful disc brakes for all-weather stopping, and wide tires for added stability. Plus, it comes equipped with handy commuting accessories like fenders, lights, and a MIK-compatible rear rack.
View 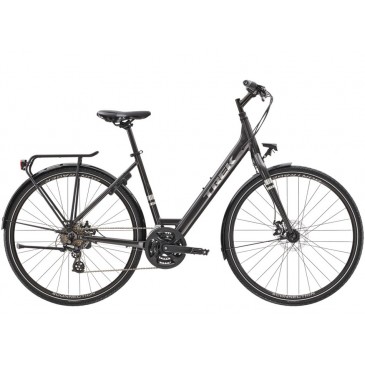 Trek
T33541
€651.60 €724.00
The 2021 Trek Verve 1 Equipped Lowstep bike is a hybrid designed for comfort and confidence on recreational rides. It features a lightweight lowstep aluminum frame that's easy on and off the bike, powerful disc brakes for all-weather stopping, and wide tires that add stability. Plus, it comes equipped with handy commuting accessories like fenders,...
View 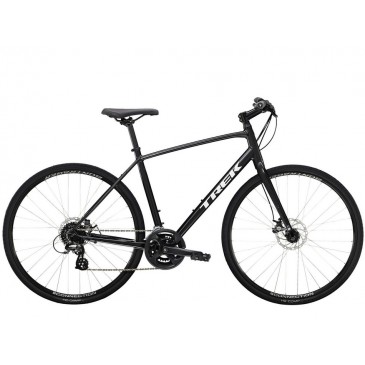 Trek
T35001
€669.00
The TREK FX 1 Disc 2023 bike is a hybrid made with an aluminum frame with an attractive aesthetic that provides good sensations. It has a wide range of developments to be able to roll comfortably on any terrain, in addition to its powerful disc brakes that guarantee great safety regardless of the weather conditions.
View 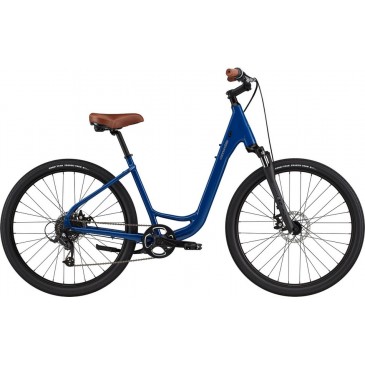 Cannondale
C32301U
€674.10 €749.00
The CANNONDALE Adventure 2 2022 bike comes equipped with a lightweight aluminum frame that gives the rider an upright position so as not to lose any detail of the road. In addition, it includes a suspension fork, 7-speed microSHIFT transmission, mechanical Tektro disc brakes, comfortable grips and an ergonomic saddle. Turn your trips on gravel or asphalt...
View 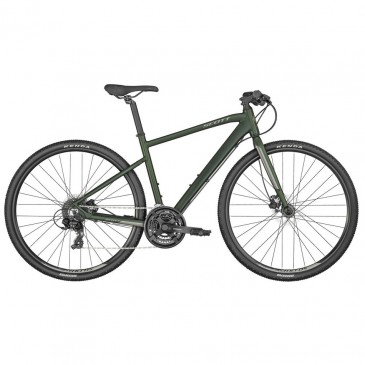 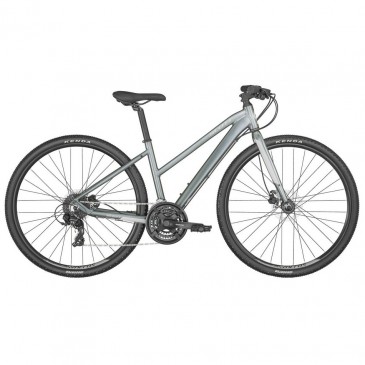 Scott
290707
€749.00
The SCOTT Sub Cross 50 Lady 2023 Bike achieves comfort and convenience for touring and commuting. It's equipped with a lightweight, low-bar frame for more comfort for riders getting on and off the bike, Shimano Tourney 24-speed rear derailleur, and Syncros X-20 Disc wheels with Kenda Booster tires among other components.
View 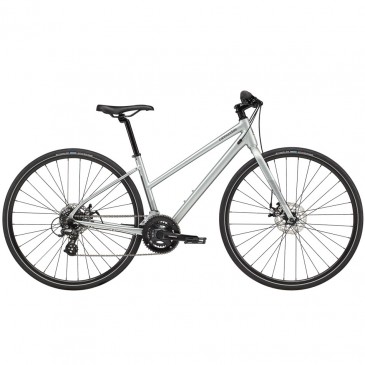 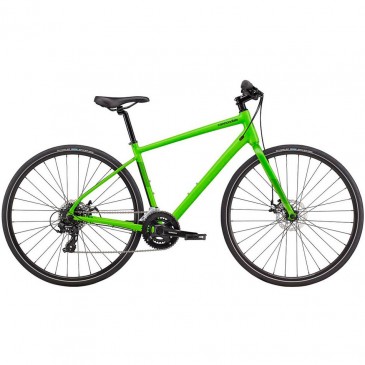 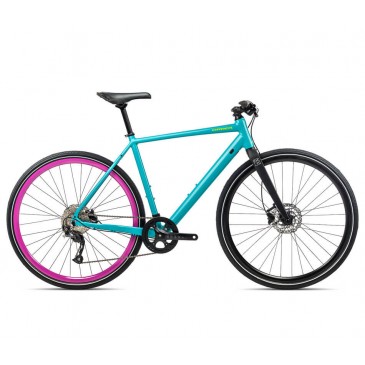 Orbea
M401
€799.00
The Orbea Carpe 20 2022 is a versatile and comfortable urban model with which you can move around the city with style and efficiency. It features a lightweight aluminum frame with internal cable routing, a Shimano Altus 9-speed drivetrain, hydraulic disc brakes, and plenty of mounts for mounting fenders, racks, and kickstands. Stand out from the rest and...
View

Cannondale
C32201U
€809.11 €899.01
The CANNONDALE Adventure 1 2022 bike is the most comfortable city bike in our range. It comes equipped with a lightweight aluminum frame, 50mm front fork, suspension seat post and a comfortable ergonomic saddle among many other components. The 8-speed microSHIFT transmission gives you a multitude of gears and the disc brakes guarantee smooth and pleasant...
View 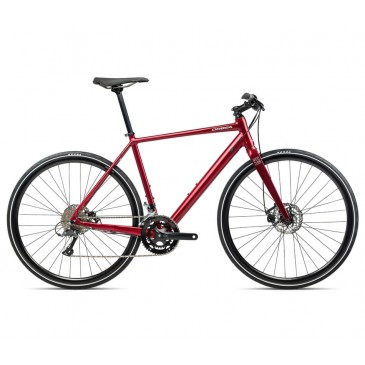 Orbea
M405
€809.11 €899.01
The Orbea Vector 30 2022 is a hybrid model with a light and resistant aluminum frame that offers a comfortable pedaling position without sacrificing speed. Thanks to its versatility, it is a perfect option to combine recreational use with daily trips around the city. It has practical 700x32 tires that provide good performance on both asphalt and gravel,...
View 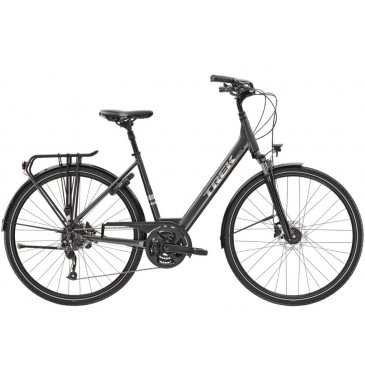 Trek
T33510
€831.60 €924.00
The Trek Verve 2 Equipped Lowstep 2022 bike is a hybrid that offers comfort and fun ideal for urban commutes, rides and fitness. It is equipped with many features that make it a comfortable and safe bike, such as the lowstep frame design, and the suspension seatpost and fork. Plus, it comes equipped with handy accessories like fenders, lights, and a...
View 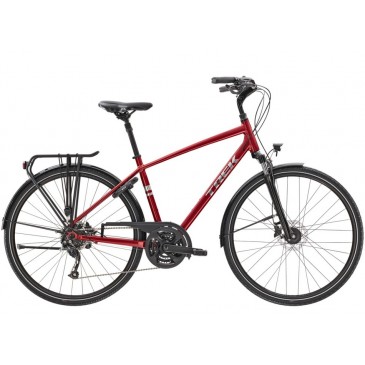 Trek
T33509
€831.60 €924.00
The Trek Verve 2 Equipped 2022 bike is a hybrid that offers comfort and fun ideal for urban commutes, rides and fitness. It's packed with features that make it comfortable and safe, like a lowstep frame design, suspension seatpost and fork, plus functional accessories like a MIK-compatible rear rack, lights and fenders.
View
Showing 1-24 of 70 item(s) 1-24 of 70 item(s)

The urban bicycles are the perfect companions to explore the streets of your city. Thanks to their design and geometry, they are a very good option for urban journeys, daily commutes to go to work or run any kind of errand. For those who live in the city and are concerned about the environment and pollution, leave their car in the garage or want to maintain good physical shape, city bikes are the most suitable option. They are not intended as a sporty means of transport, but as a means of transport in which, in addition to being able to move agilely around the city, the urban bike allows you to carry small loads such as saddlebags with books , baskets to transport the purchase, or packages in the luggage rack. City bikes usually incorporate a front and rear lighting system, either dynamo or battery-powered, and are often equipped with mudguards, a kickstand or a bell.

Although the concept is similar, we can separate urban bikes into 3 types: urban city bikes, hybrid or fitness bikes and folding urban bikes. The urban bikes are bicycles designed for recreational use, to ride and pedal comfortably enjoying the landscape or the journey, with an eye on on the road at all times. These bikes usually also have some standard accessories, such as fenders, bells, lights, and baskets or racks, which make them really useful and functional for urban journeys. Hybrid or fitness bicycles: they are the type of bicycle that has some characteristics of both urban bikes and mountain bikes, hence the name of bikes hybrids, and they are perfectly valid for moving around the city, but they can also be used on tracks and forest trails, as they mostly have studded tires and more ball than a purely urban bike. Some hybrid bikes even have suspension systems, more typical of mountain bikes. Folding bikes: As the name suggests, they generally fold in the middle of the frame. The handlebar is also usually folded and in some models the seatpost - saddle assembly. In addition, they usually have smaller diameter wheels, for example 20-inch tires. As they fold and are lighter and smaller than conventional ones, they are ideal for transporting them, moving them up stairs or storing them in any corner of the house.
We have a wide range of urban bicycles, hybrid bicycles, including the range of Scott, Orbea, Trek, Giant, Cannondale and BMC brands. You can also find models of hybrid and urban bicycles from the LIV brand, belonging to Giant, and Contessa, from the Swiss brand Scott. Do not hesitate to stop by our urban bicycle shops in Madrid, and get your fantastic companion for the city. We have workshops specialized in urban and hybrid bicycles in all our stores in Madrid.
Read more...

Save products on your wishlist to buy them later or share with your friends.

No account? Create one here
Product added to wishlist